Antenna polarisation is another opportunity for MIMO systems. Because the vertical and horizontal polarisation may be utilized to increase the number of antennas in a given area. Single polarized and dual polarized 2\times2 MIMO systems have been compared [1], in which they show that if there is a high correlation between two antennas, then polarized MIMO have better performance over a single polarized system. In another similar study, they perform broadband outdoor channel measurement to verify the performance of 2x3 dual-polarized MIMO system at 2.5 GHz frequency and they achieved higher capacity using dual polarisation especially in the close range. On the other hand, aforementioned two studies demonstrate that if the distance between transmitter and receiver is large enough, then single polarised MIMO system performs better than the dual polarised system.

Popular posts from this blog 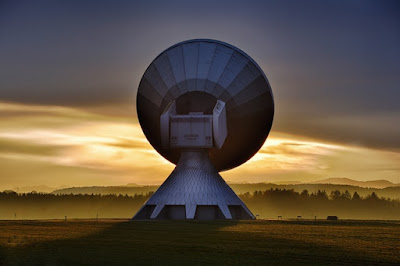 Commercial electromagnetic simulation (EM) software packages such as CST Microwave Studio and  ANSYS HFSS are widely used in commercial applications and educational purposes. Based on my experience, they provide very accurate results which match measurements in most antenna works. On the other hand, there are also very solid opensource software and applications which may also provide similar results in some applications. Antennas are also used in radio telescopes While commercial EM software suits usually have very good documentations, easy-to-use interference, and result visualisation and navigation tools, opensource EM software suits might consist of only the solver and documentation which explains how it should be used and implemented for design and simulation via an interference and a programming language such as Python, MATLAB, C++ . As they are opensource, it is also possible to edit their codes and advance their functions and performance. Thus, these features makes opensource
Read more

- July 13, 2020
In this article, we are going to review the most common and valuable machine learning algorithms which are frequently applied in the industry, academy and research. Note that some algorithms may have many subcategories or derivations since machine learning and artificial intelligence have been actively and extensively studied and utilised nowadays. This article will present a categorical overview of these fundamental algorithms and briefly explain each of them. In the succeeding articles, each algorithm will be deeply explained and their implementations will be exhibited.  Machine learning (ML) algorithms are generally considered in two main categories as follows; Supervised Learning Methods Unsupervised  Learning Methods Supervised Learning Methods  Supervised learning techniques create logical connections or maps between input and output data. Therefore, these types of methods usually require a significant amount of labelled data for training. After that, these logical co
Read more

On the performance of Matlab and Parallel Computing

- June 06, 2019
MATLAB is one of the most powerful scientific computing tools along with Python. Although Python is my favorite scientific programming language since it is opensource, well-documented and has plenty of libraries, I sometimes use MATLAB especially while dealing with very large matrices as MATLAB is highly optimized for large-scale matrix operations, consequently, it performs better at processing very large matrices. From a parallel computing perspective, MATLAB actually strives to utilize all available CPU cores in a parallel way to maximize its performance and reduce the computation time when it is possible. Therefore, it does a kind of parallel computing when it is possible such as in matrix operations as these operations are very suitable to be run parallelly.  However, the parallel operation of the MATLAB might be restricted by bad coding practice of the users especially using for or while loops, because those loops are generally performed in a serial manner with an increasi
Read more